Monitoring Technology made in Germany

High quality and productivity in all corporate processes are of paramount importance in the industrial sector. Our devices are developed and manufactured to fulfil exactly these requirements.

The use of high-grade materials and state-of-the-art technology is a matter of course to us. All devices are fully featured and sophisticated, and guarantee immediate readiness for operation with little effort.

The essential difference between well-known procedures and our patent is that the reference measurement of both the zero and the end point is not carried out using pure gases or a gas with a known concentration of the substance to be measured, but that the gas to be analysed itself is used for the reference measurement at another known pressure: The sample gas to be analysed is first measured at normal pressure (ambient pressure) and then at a second constant negative pressure resulting from the creation of a vacuum in the measuring cell. During this process, a certain theoretical relationship is assumed to exist between the extinction – i.e. the natural logarithm of the ratio of the measured intensity to the irradiated, electromagnetic intensity at a characteristic wavelength – and the concentration of the absorbing substance in the penetrated area (Beer-Lambert law).

The fact that the two pressure values and the ratio of the concentrations are known (the latter due to a previously determined calibration curve) makes it possible to calculate the concentration by taking the general equation of state for ideal gases as a basis.

A discontinuous broadband IR signal is required to perform the measurement.  It is possible to use either a pulsed or a continuous IR emitter whose radiation is time-modulated by an aperture wheel.

In certain frequency ranges, a physical interaction between the incoming radiation and the molecules of the substance to be detected occurs within the measuring cell, which results in the absorption of the radiation energy (absorptive->non-dispersive, abbreviated: ND).

This selection is performed by an optical filter. Due to the absorption characteristic of the respective substance, the filter limits the entire amount of radiation that penetrates the sensor. 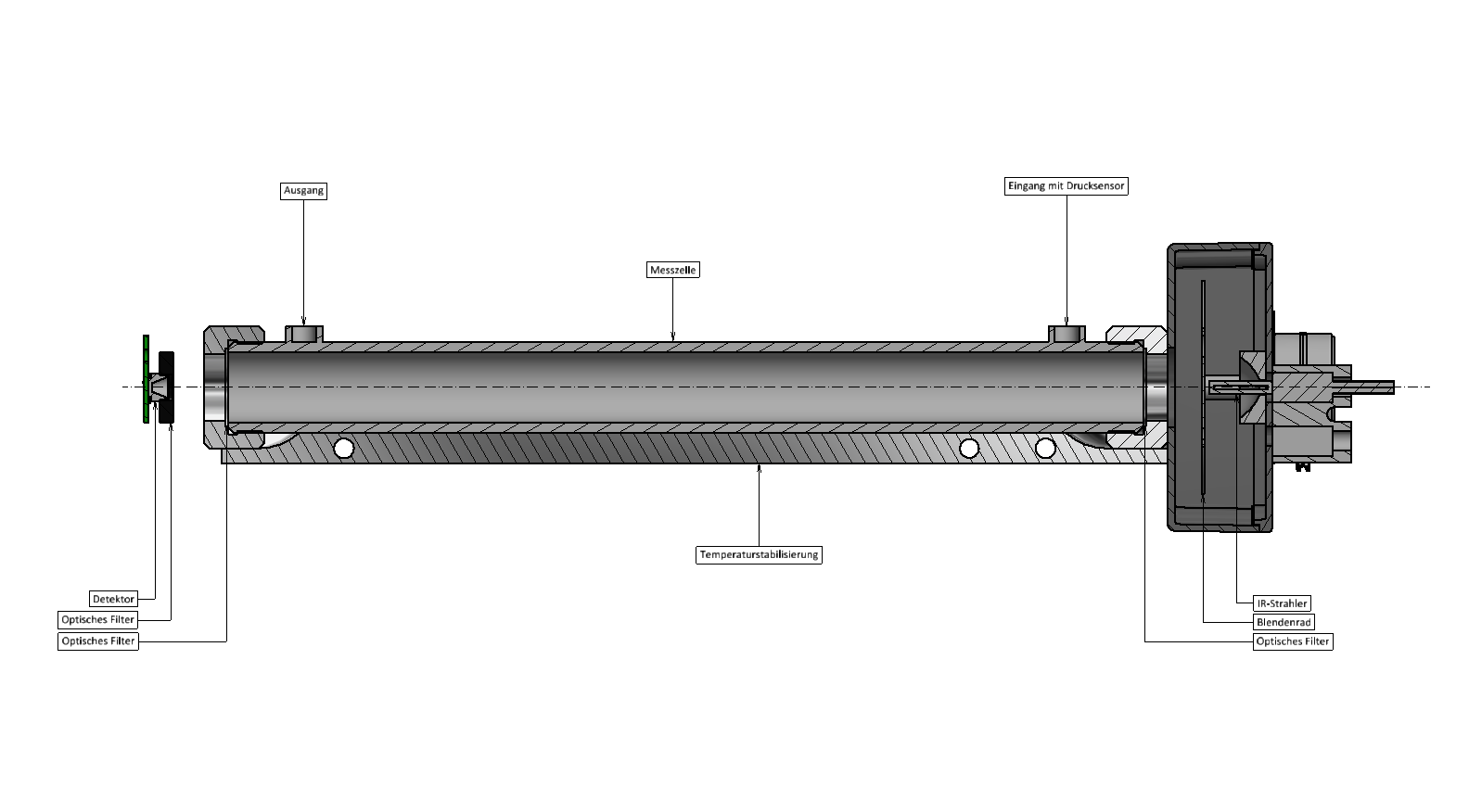 Oxygen and nitrogen are influenced by magnetic fields. While, within such a field, oxygen moves towards the magnet, nitrogen moves away from it.

Oxygen is paramagnetic, which is due to the magnetism of the oxygen particles. Each individual particle has a magnetic moment. The direction of the moment, however, is different in case of each particle.  As a consequence, the resulting total magnetic moment compensates itself for a larger amount of particles so that no field effects can be detected on a macroscopic scale.

Within an external magnetic field, however, the magnetic moments of the oxygen particles align themselves in the same direction, which results in the creation of a total moment that interacts with the external field. As a consequence, oxygen is attracted by the external field. This phenomenon is called paramagnetism.

In the case of nitrogen, however, an external magnetic field causes an opposing internal magnetic moment. This opposite direction causes the nitrogen's ambition to leave the field towards lower field strengths, which can be observed as a movement away from the magnet. This phenomenon is called diamagnetism. Both effects are used in the paramagnetic oxygen measuring cell. The cell contains a dumb-bell with balls float-mounted on a thin axle and filled with nitrogen. Each ball of the dumb-bell is positioned in a magnetic field. This is done in such a way that no external influences are required to ensure a balance of forces. Now, if a gas mixture containing oxygen penetrates the measuring cell, the oxygen content is drawn into the magnetic field in which the balls filled with nitrogen are floating. These are displaced by the intensifying concentration of oxygen. 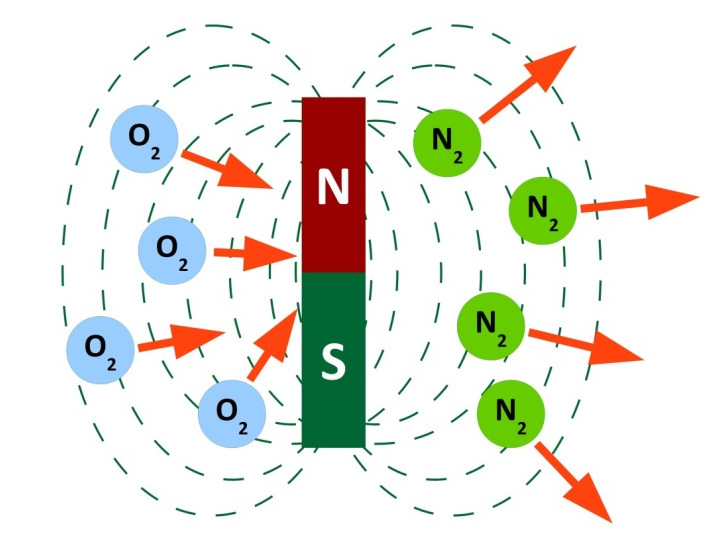 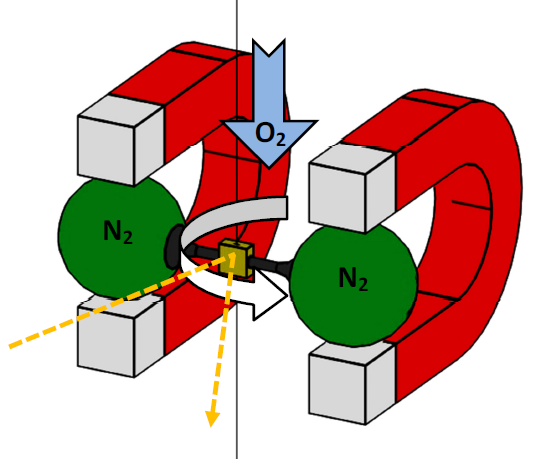 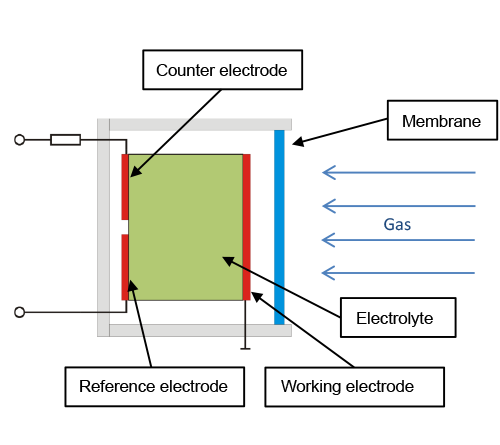 Spectroscopy uses the above-mentioned wavelength ranges to detect substances both qualitatively and quantitatively. In order to analyse different substances, UV-VIS spectroscopy uses the electromagnetic radiation from the shortwave range to the visible range (VIS). One of the several advantages of this method is the fact that many cross-sensitivities are omitted.

Which principle of gas measurement technology is appropriate for your application must ultimately be clarified in each individual case and depends on several factors: